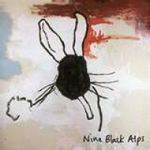 Well, my name is Brad. I listen to music, play videogames, and volunteer at the St. Mary's Hospital. Umm... I watch AFV, Silent Library, Adventure Time, and MAD. I am a fan of horror fiction books and movies. I want to grow up to be either a pharmacist or a mechanical engineer. If only there were more engineering opportunities for teenagers! I have a Xbox 360 with all the Dead Space games (except Extraction, but I have beaten it.) I also have a Wii, but that's not as great. Also, if you just want to talk, put it on my Talk Page, or just go to my Xbox Gamertag: Captain Bradman.

The first time I played this, I was probably about thirteen years old. I was such a pussy back then! Now, my nerves are made of steel and I have a head full of mental breakdowns. Not too bad for a guy like me. My favorite weapon in it is probably the Line Gun. I would probably change it to the Flamethrower, but I haven't had the time to play it again. Too busy getting aggrivated at not getting the Dual Pistols in Black Ops: Nazi Zombies.

I got this in my GameFly subscription. It was good to play, but I don't think I would have kept it. I'm glad I did play it or else Dead Space 2: Severed would have been stupid to me. I'm pretty sure my favorite weapon was the P-Sec Pistol, but I may have changed my opinion by now.

I love this game. It's a lot more actiony than the first two, but not as scary. I wish there was more horror, but either way it's a good game. My favorite weapon is the Flamethrower, but the runner-up would have to be the Plasma Cutter. Gah! Everybody says that! I know they do, but whatever.﻿

Retrieved from "https://deadspacefanon.fandom.com/wiki/User:Captain_Bradman?oldid=4285"
Community content is available under CC-BY-SA unless otherwise noted.